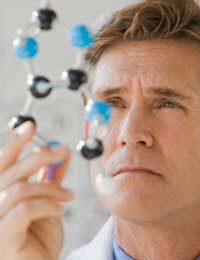 Since the discovery of DNA, there have been many changes and progress in our knowledge of medicine and numerous other important areas. The discovery of the DNA double helix has marked the beginnings of a newer, most sophisticated science field. In turn, it is important to look at the history of DNA and the developmental path that has led to the current DNA technology and knowledge of this exciting molecule.

Moving Through the Decades of DNA

From the 1960s through to the 1980s, genetic modification has revolutionised the pharmaceutical and agriculture industries while the unravelling of the mysteries around the genetic code have led to miraculous developments and research into gene-based diseases and conditions.

It was around the earlier 1990s that DNA analysis and its techniques had become widely used in laboratories. Following its entrance in the 1980s - primarily in England - it was now that it had become a key aspect of criminal justice systems around the world in westernised countries. Prosecutors were using DNA to find criminals and convict them in court. By comparing a suspect's DNA with DNA from evidence found at the scene of a crime, prosecutors could look at hair, blood, skin cells and many other evidence types to find a match with a suspect. DNA databases soon followed suit, holding the DNA profiles of convicted criminals. In the United Kingdom (UK), however, controversy also began to brew as DNA profiles were held for children and those who had been arrested but never convicted or even formally charged with a crime.

The Advent of DNA for Proving Innocence

In the United States, the Innocence Project was also created to free innocent men and women who had been convicted of crimes. Using DNA analysis, the project aimed to identify those wrongly convicted and then have them freed after making an appeal to the courts.

Development of DNA for Paternity and Identification of Victims

In the 1990s, DNA evidence began to make headway in paternity cases and also in immigration cases where it was used to establish a familial relationship. DNA analysis also gained notoriety for its use in helping adopted children to find their parents. Another important use in this decade was seen when DNA analysis was used to identify passengers who were killed in a plane crash.

When thousands died on September 11, 2001 after the World Trade Center site was bombed, DNA tests proved integral to identifying those who were killed by the attacks. While there were still some limitations in the ability of DNA to successful identify everyone who died - due to bodies being severely burned - it was still considered a vital tool in helping to identify those who perished.

As we move through the DNA timeline, we can see how significant DNA developments have been and how this molecule continues to guide our knowledge in science, medicine and other fields. From our determination of its structure to its widespread use in laboratories around the world, DNA is no longer a foreign term for most of us. Despite a great deal of the complex science behind DNA, it has now marked its relevant place in much of our lives.