DNA Studies and the Evolution of Birds 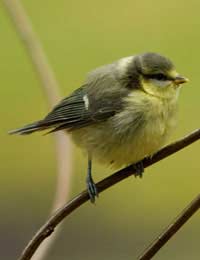 Although many of us are fascinated with the concept of human DNA, have you ever considered how DNA in animals can provide valuable clues about evolution? In the case of birds, scientists recently conducted a study of birds using modernised gene analysis methods, which provided some very interesting clues about evolutionary relationships.

In fact, the study results mean that many biologists will now be reconsidering a great deal of what they previously believed about avian evolution. While much of evolution still remains a mystery – given that modern birds seemingly came into existence between sixty-five and one hundred million years ago – this new study has brought forth some very unexpected relationships to help fill in the gaps of avian evolution.

Prior to this recent study, the small number of gene studies among the different orders had been mostly concerned with only one or two genes. Not only that, but results had been quite varied with no clear conclusions drawn. In this way, recent research has been somewhat of a leap in terms of our knowledge about avian evolution.

To remedy this knowledge gap, researchers sequenced nineteen regions of the genome in 169 different species of birds. In total, this amounted to thousands of DNA 'letters' for each species. Researchers then utilised these sequences to put together an avian evolutionary tree.

Surprising Results of the Avian Study

The new tree, however, was not exactly what most biologists might have expected. It contained a number of surprising results. In one instance, falcons were found to be more closely related to songbirds than they are to hawks or eagles. If you think about the little hummingbirds you see, they are actually simply a more specialised type of nighthawk. Given that the nighthawk has such a bulky shape, one would not have expected these two kinds of birds to be cousins.

Overall, this new evolutionary tree has meant that approximately one third of the orders in previous phylogenies of birds have been reworked. All of this new research now replaces much of the older, outdated information we had on avian evolution. The study shows how DNA can provide important linkages in the evolutionary tree and can also provide a more accurate, logical picture of how birds evolved over time.

Biologists are quite excited about the findings, primarily because it fills in a number of gaps and also clarifies previously believed relationships between different species. While many of the findings were surprising ones, the study is widely supported and considered to be a more accurate and clear representation of avian evolution.

With sorting out avian evolution remaining a key goal of biologists, this new study has now provided some important and interesting clues that help to fill in those intermediate evolutionary gaps. Hopefully, future DNA research can provide more information into avian evolution as well as links to various species.