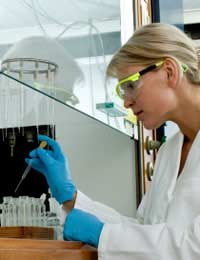 DNA databases are still a relatively new information concept - one that has grown over the last two decades. In the United Kingdom (UK), we currently hold the title of having the world's largest DNA database. However, the scope and size of the database has not come without concerns and arguments against both its existence and use.

Beginnings of the UK DNA Database

The UK DNA database began in the mid-1990s. By the close of 2005, the DNA database held the DNA profiles of just over three million individuals and more than five hundred thousand of these profiles included children under the age of sixteen. Within another year, the number of DNA profiles had surpassed four million, thereby qualifying it as the largest DNA database in the world. In fact, the DNA database continues to rapidly grow by thirty thousand profiles per month. The samples are taken from numerous places such as crime scenes or suspects in a criminal investigation.

Rather than take the full genetic fingerprint of a person, the DNA database stores short tandem repeats. These are a selected number of areas that vary from one person to another. Since DNA is inherited, this means that other people who are related to a person whose DNA profile is held in the DNA database can be identified.

DNA evidence can be sampled from saliva, blood, semen and other evidence collected at a crime scene. After collection, markers are used to create the DNA profile and determine the gender of the individual. A marker will indicate a short tandem repeat, which is a sequence of DNA repeated more than once in a person's genome. The repeat sequence is a way to identify a person's unique genetic fingerprint.

Ethics and Controversy of DNA Databases

There has been an enormous amount of controversy regarding the ethics of information stored and obtained from the UK DNA database. Not only that, but this controversy has been experienced by numerous other nations who carry similar databases - such as the United States. In the UK DNA database, a person committing an offence such as drunken public conduct or participating in an illegal demonstration are considered worthy of DNA profiling for the database. Also, many people who were arrested but are innocent have their DNA profile kept in the database. Another argument against the database is that it holds twenty-four thousand samples from youth under the age of eighteen who were never convicted or charged with an offence.

There have been calls as well for DNA profiles to expire after a specified amount of time. Instead of keeping them indefinitely, they would only be retained permanently for violent or sexual offenders. Some organisations have called for people to take action if they have not been convicted of a crime but their DNA is still being held in the DNA database.

There are, however, many benefits to the DNA database. In one well-publicised case, a man who was brought in for a petty crime was linked to a murder that occurred eight months earlier and had involved the collection of DNA evidence. These kinds of cases bring to light the importance of DNA collecting and profiling as well as storage of information in a database. Still, the existence of the DNA database is not without its critics.

It would seem that more care and consideration needs to be given with regards to the collection of DNA from young people, as well as consideration to the duration of time the evidence is kept. Those who are not formally charged with a crime or are later found innocent should also not be kept in the database. Yet, others call for even more invasiveness by citing that DNA should be taken and profiled for every citizen. The notion is that if a person has nothing to hide, there is nothing to worry about with reference to DNA profiling. In retaliation, other policy makers and members of the public have stated that this would set a dangerous precedent for 'policing' of the UK and would be an enormous infringement on the privacy of innocent individuals. Clearly, there are many issues to resolve but for now, the UK DNA database appears to be here to stay.