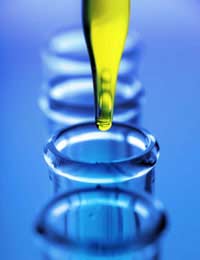 Genetic engineering has become a controversial term in recent years. Its applications and development have relied on our knowledge of DNA, presenting both benefits and concerns for the scientific community and the general public.

Genetic engineering is a technique that involves modifying the DNA of a living organism. You may have heard DNA referred to as the blueprint for life, and this is particularly true given the degree of change that can occur when the DNA in an organism is modified. An organism's DNA is what makes it unique. DNA itself plays an enormous role in regulating and storing information for an organism's biochemical processes. The ability of the organism to successfully grow and develop its individual features all depends on DNA.

Modifying the DNA of an Organism

At present, scientists have gathered an enormous amount of knowledge regarding ways to change the structure of DNA in a living organism. One technique entails using enzymes to break and then fuse strands of DNA, which allows scientists to remove certain genes from DNA and create custom DNA with those same genes. They can also use viruses to effectively modify a cell's DNA as well. This allows them to introduce a new gene into the DNA of a living organism.

To carry out genetic engineering, there are actually many ways to accomplish the task. The plasmid, vector and biolistic methods are the most commonly used ones. Plasmid methods are usually used for bacteria while biolistic methods are more typically used for genetically engineering plants. To generally summarise the vector method, however, the process can be described in four key stages. In the first, the genes a genetic engineer wishes to modify or remove are isolated. Next, the desired genes are inserted into a vector, which serves to transport the genes to the DNA into an organism. A vector can be likened to a car that safely transports the passengers into a new home. A vector is usually a virus, which has its 'virulence' removed to avoid making the organism ill. Removing parts of the virus' genome is also helpful because it creates extra 'space' to put in the new genes. The virus then infects the targeted cells in the organism and inserts its genome - which holds the newly engineered parts - into the organism's cell. The organism's cell, in turn, will express this new DNA sequence.

One benefit of genetic engineering is that foods can be improved. For instance, a tomato is susceptible to damage from frost, which affects its growing season. One option would be to use genes from an organism such as a fish. Fish survive well in cold water, which means that a scientist could isolate this particular gene that prevents a fish from freezing. Then, scientists could insert the gene into a tomato, which would thus create a longer growing season for the tomato. Foods can also be genetically engineered to have a higher amount of a nutrient. In developing countries where citizens subsist on a limited number of foods and little variety, increasing the nutritional content of a staple food could prevent nutrient deficiencies. Also beneficial is the use of genetic engineering to allow fruits and vegetables to resist bacteria and maintain freshness for longer.

Other applications of genetic engineering include biotechnology developments such as oral vaccines. Another benefit is genetically engineering medications. Synthetic human insulin was an important genetically engineered medicine in the early 1980s. Other earlier applications include the development of human growth hormone as an alternative to the traditional extraction of the hormone from human cadavers. Hepatitis B vaccine is an important example of a genetically engineered vaccine. There are numerous other drugs and vaccines that have relied on genetic engineering, which makes it a significant concept for the benefit of humans.

Concerns and Hazards in Genetic Engineering

Genetic engineering is perhaps one of the most controversial aspects of science that has come to light in the last decade. The concern has been significant for many people - from scientific community members to those in the general public. One worry is that there still is no long-term test that has assessed the safety of genetic engineering. Since genetic engineering utilises organisms that are not a 'normal' part of human food, we do not know if the foods will ultimately be safe for consumption. In addition, the process of genetic engineering can cause unanticipated mutations in an organism. This means that foods could contain worrisome levels of toxins. Effects on ecology are another major focus because a genetically modified organism could wreck havoc on the surrounding ecology. Through competition with other animals, unexpected and detrimental changes to the environment could occur.

Another concern is that genetic engineering could trigger allergic reactions or mislead the consumer. This misleading can result if a food such as a fruit is engineered to look fresh in colour and texture, but is actually a few weeks old. This deceptive appearance could lead to poorer nutritional quality in the food. Yet another fear involves the use of antibiotic-resistant genes used by genetic engineers. The end result is crops that contain antibiotic-resistant genes, which could be transferred to bacteria and then infect humans.

Public demand for labelling, however, has resulted in mandatory labelling laws in some countries while in others, labelling is not legally mandated. While there is still much debate regarding the benefits and concerns related to genetic engineering, it is hoped that labelling will be implemented universally and that this transparency will, at the very least, allow people the power to choose whether they wish to support or avoid genetic engineering.

DNA and Ageing
Share Your Story, Join the Discussion or Seek Advice..
hi guys can you plz help me here. i have this essay to write "Application of molecular DNA technology in studying evolution and phylogenetics" but i have no idea where to begin. And thax for the information on genetic engineering it really enlightened me in some other aspects of my studies Buhle Mpanza
Boobu - 22-Apr-16 @ 8:20 PM
Title:
(never shown)
Firstname:
(never shown)
Surname:
(never shown)
Email:
(never shown)
Nickname:
(shown)
Comment:
Validate: