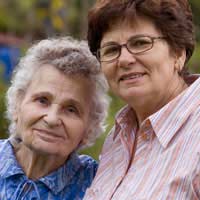 Ageing is an inevitable aspect of life but many of us are keen to slow the process, whether our motives are aesthetic, health-oriented or both. Given the enormous importance of DNA to the maintenance, growth and well-being of our body systems and cells, it is not a surprise that DNA impacts the aging process as well.

You will probably recall learning that the DNA molecule contains genes, which function to pass on inherited traits to offspring. The human body holds thousands of genes and some of these genes actively function to maintain, control and guide the function of a cell.

A gene may be turned 'on' within one specific body cell but turned 'off' in another. For instance, a liver gene need only be turned on within the liver, but would be turned off in another body cell.

In your immune system, however, there are important genes that direct immune cells to fight invaders and recover from injury. Unlike some of the other cells in your system, those in the immune system play a particularly vital role in supporting health throughout your life. If these genes were to be damaged or if their functioning was affected in some way, then detrimental consequences to your health would occur. It may be that you become more susceptible to the flu or that your skin cells fail to effectively control oil and your skin becomes dry as a consequence. Since your immune cells also serve to prevent the growth of cancer cells, any damage to the genes governing these cells could lead to uncontrolled cell growth.

Some of your genes need to be turned on to provide proper functioning to your body cells and systems. Your genes send out messages to guide different areas of the cells to take action. If a gene is turned off when it should be on, the cells will not be working as they should and ageing can more readily occur. Some research suggests substances such as chemicals and cigarette smoke can affect a cell's DNA and that by eliminating the offending substance, a person's gene can be turned on again.

Free radicals can be a bit complicated to understand but their effects on the body can be very damaging. The term 'free radicals' refers to an atom or collection of atoms with an odd number of electrons - or unpaired electrons. They form as a result of the reaction between oxygen and other specific molecules. After they form, free radicals are extremely reactive and can react with DNA or other parts of a cell. A cell's functioning may then be compromised or the cell may even die. Your body prevents damage by free radicals with a defence system of antioxidants but if this defence system is not working properly, which can be due to any number of factors such as lifestyle or disease, then your DNA could ultimately be affected.

If the ability of the body to repair DNA is compromised, then disease and ageing can result. Many environmental and internal factors can impact your genes, whether they are active and whether they are functioning properly. Your body has repair systems to handle mistakes that occur when DNA is replicated or if it suffers from other types of damage. If your body's ability to handle these problems is compromised, however, then damage can accumulate. This can leave a person more susceptible to diseases associated with ageing.

Another point to note is that genes specifically associated with ageing have been identified. As such, anything that negatively affects these genes beyond the body's ability to repair them can increase the rate of ageing. The opposite can be true as well, where something can trigger the repair gene's activity and improve the body's ability to combat problems with DNA. In one interesting study, it was found that reasonable caloric restriction increased lifespan, possibly by enhancing the activity of DNA repair genes.

Protecting Yourself and Your DNA

Virtually everyone wants to live a long and healthy life, which means that taking care of your body - both inside and out - is important to protecting your DNA from damage. You can help to prevent free radical damage to DNA by ensuring your diet is well varied and nutritious enough to include a range of antioxidant rich foods such as carrots and berries. Reducing exposure to environmental hazards and chemicals while also quitting smoking is also helpful to prevent any possible cellular damage. Ultimately, ageing is indeed an inevitable process but there is no reason you can't do your best to preserve your health.