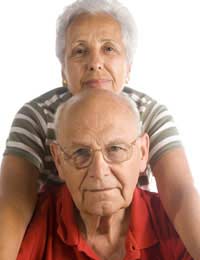 Neurological diseases are devastating for sufferers and can be some of the most difficult diseases to treat. They may impact a person's daily life, including their mobility. They can also progressively worsen, which is painful for friends and family members when they watch a loved one deteriorate each day. Research into the mechanism of DNA as a basis for neurological diseases, however, has suggested promise for improving our understanding of the diseases and hopefully developing successful treatments one day.

What are Neurological Diseases?

Neurological diseases are disorders that involve the spinal cord, brain and also nerves in your body. These three parts exert a great deal of control over how your body works, which includes speech, movement, swallowing, breathing or thinking. A person's ability to recall information and their moods can also be affected. Examples of neurological diseases include:

DNA and its Relationship to Neurological Diseases

Research over the last several years has found that long sequences of abnormal DNA can cause extremely debilitating and rare neurological diseases. Researchers are trying to understand how these abnormalities actually occur in the DNA. In one study, the focus was on a neurological disorder called Friedreich's ataxia, which is damaging to the nervous system and gradually worsens over time. Those with the disease suffer from weakened muscles and difficulties speaking as well as heart disease.

If you recall that DNA reads bases in sets of three, you may more easily understand that in Friedreich's ataxia, a DNA triplet repeats itself - a guanine and two adenine bases, which are denoted by the first letter of each base, resulting in GAA. Since DNA base pairing is very specific, the complementary strand is two thymines and one cytosine, denoted by TTC. It was initially found that forty repeats of the triplet could occur without symptoms showing but we know that if more than forty repeats occur, many problems begin to take root. Also concerning is that the DNA itself is inherited, which is not particularly worrying if the pattern is less than forty repeats but it does become a problem when it occurs in greater numbers. The reason for this phenomenon is that the increasing number of repeats makes the sequence unstable. It also means that the sequence increases in each new generation. Unfortunately, the longer sequence causes more devastating effects from the disease.

To figure out exactly why the sequence lengthens so quickly, researchers observed the replication of the triplet in a simple model - yeast. Even though yeast is much simpler than humans, its DNA replicates in a similar way. In normal lengths, the replication was fine but in longer lengths, replication was basically stunned, causing the triplet repeat to multiply, thereby resulting in DNA that got progressively longer. Scientists want to understand how it is that the initial lengthening occurs, which then has a spiralling effect as each generation becomes worse. They also hope that the findings can help to fuel research into other neurological diseases that have a similar basis.